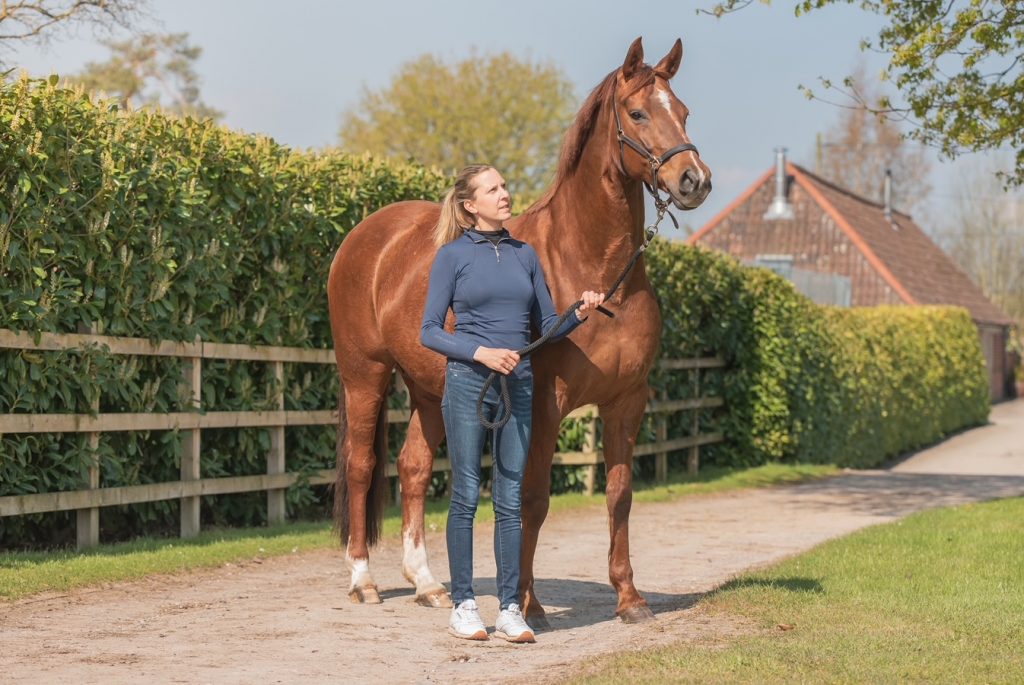 Stunningly beautiful State Premium mare by Don Frederico (Donnerhall/Donnerwetter) out of Walking Queen (Wolkentanz/Weltmeyer). Purchased from the breeder of Furst Heinrich, Heinrich Ramsbrock, in Germany February 2015, Bella had an outstanding competition record before being retired to stud. She generally scored a 9 for her walk, she has great expression in her trot and canter and she was an incredibly quick learner in her training. She is naturally supple, found collection easy and was always extremely popular with the judges!

Don Frederico convinces by his excellent rideability and his very good basic gaits which will impress all dressage riders. He is a member of the Celle black horse dressage quadrille. His offspring are also demonstrating dressage excellence. In 2005, Dantonisius and Dark Carlotta were Champion and Reserve Champion Four Year Old Riding horses (mares and geldings) at the Bundeschampionate. Don Frederico was rated by the German Equestrian Federation as the second most valuable sport horse breeding stallion of 2005, based on his Breeding Value Index of 174 points, with an assurance of 89% heritability.

In 2009 he was awarded the Grande Prize of the Hanoverian Verband in part because of the resounding success of offspring such as the internationally successful Grand Prix gelding, Don Johnson (mv Warkant) ridden by Isabell Werth, and the Olympic team silver medalist, Diva Royal (mv Warkant), ridden by Dorothee Schneider. Don Johnson and Isabell Werth have won many top CDNs and CDIs including the Grand Prix Special at the 2012 CHIO Aachen and the 2012 Vienna Masters CDI4* Grand Prix. The 10 yr. old mare, Diva Royal, and Dorothee Schneider made their debut at the Olympic Games and impressed everyone with a final Kur score of 81.661 placing 7th in the world.

Yet again the legendary Donnerhall features in her pedigree, being one of my stand out favourite breeding stallions of all time. He can be seen in the pedigree of the vast majority of top dressage horses competing today and that coupled with the equally legendary Weltmeyer, Bella’s breeding really is exemplary. She has produced two incredible foals for us thus far, Armada Deja by Danone in 2019 and Armada Vegas by Vitalis in 2020. We are sure that she will go on to breed many more top class foals for the future.