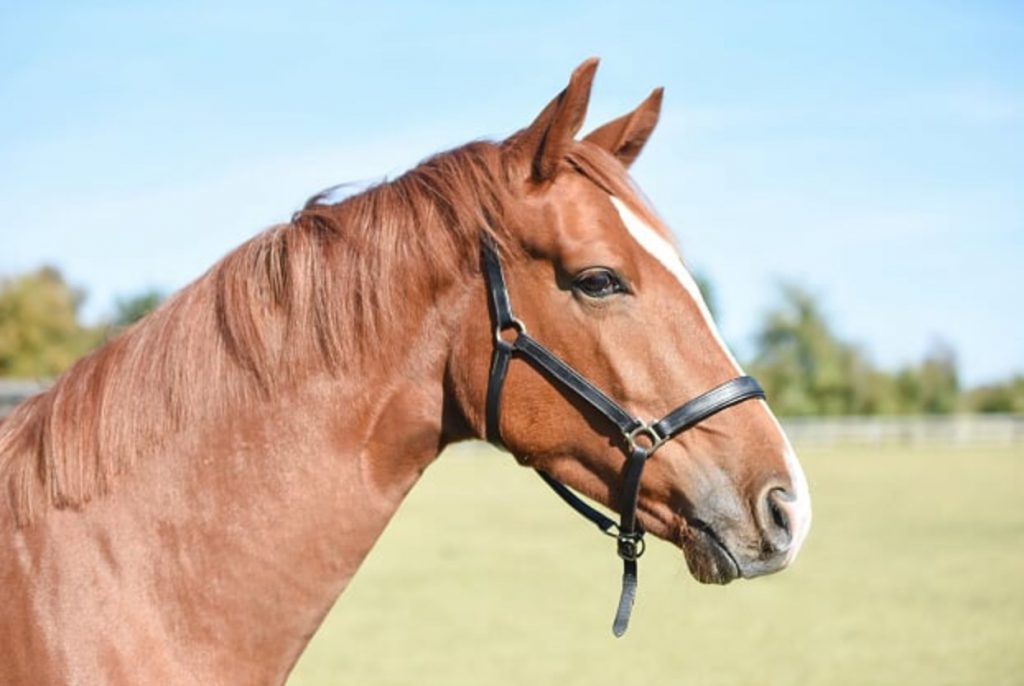 Floriscount is a beautiful stallion with not only three outstanding paces, but also an exceptional temperament and rideability that is passed on to his offspring. He moves with freedom and elasticity, over a good topline and strong hindleg.

Floriscount dominated his competitors at his performance test, winning the dressage index with scores up to 10.0 for rideability and his canter. In 2010 and 2011 Floriscount achieved numerous victories and placings in test for young dressage horses, and qualified repeatedly for the Bundeschampionat. Under Christoph Koschel he added his first placings in advanced level dressage classes at the age of only seven. In 2014, Oliver Oelrich continued his further training and collected victories and placings on international level. The pair won both PSG classes in Verden and in doing so qualified for the final of the Nürnberg Burg Trophy as well as the Inter I competition in Nieuw en Sint Joosland, where he placed second in the PSG and third in the freestyle competition. Further placings with the best followed in Hagen and Balve. Floriscount is now on the way up to grand prix with his owner’s daughter, Patricia van Merveldt.

We were very excited to sell Ozzieat the end of 2019 to an amazing home where he will be produced by International rider, Amy Woodhead, and will later be trained and competed by owner, Becky Baybutt.