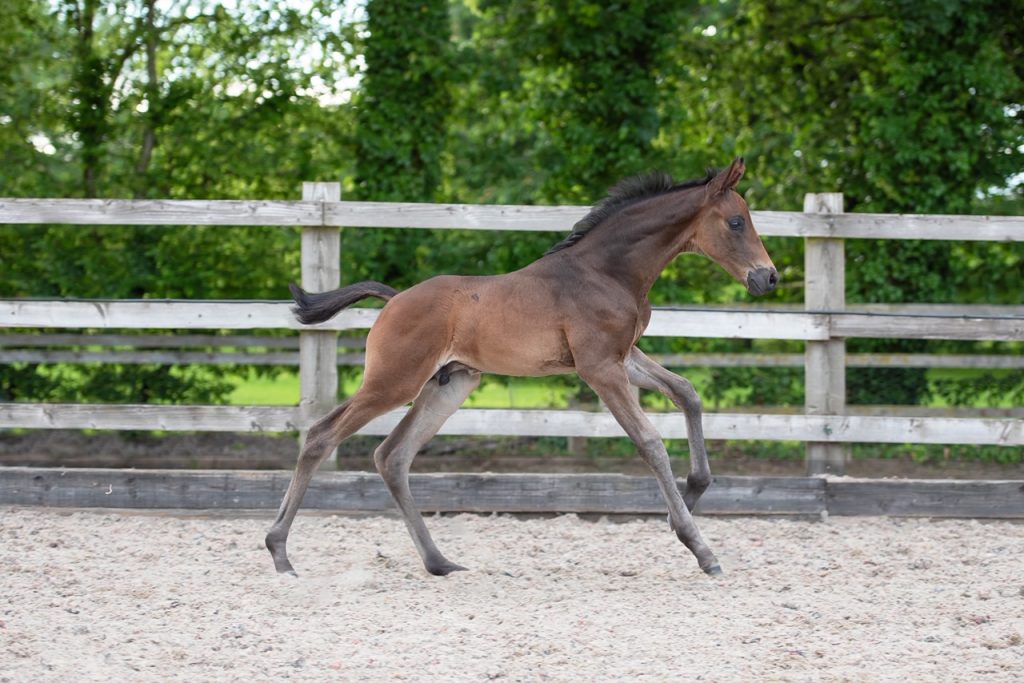 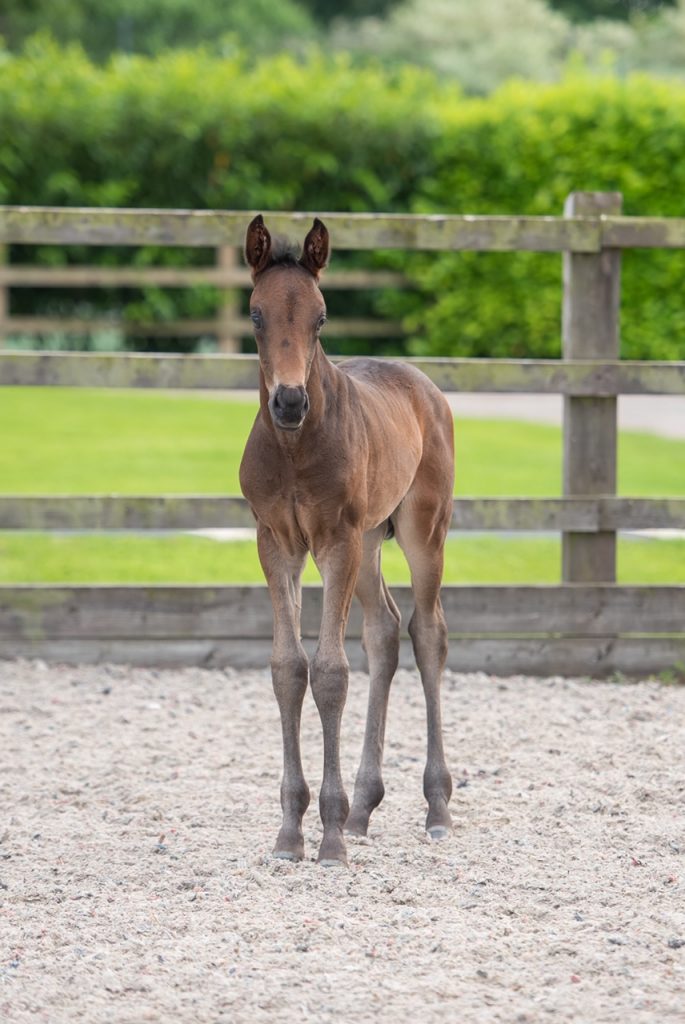 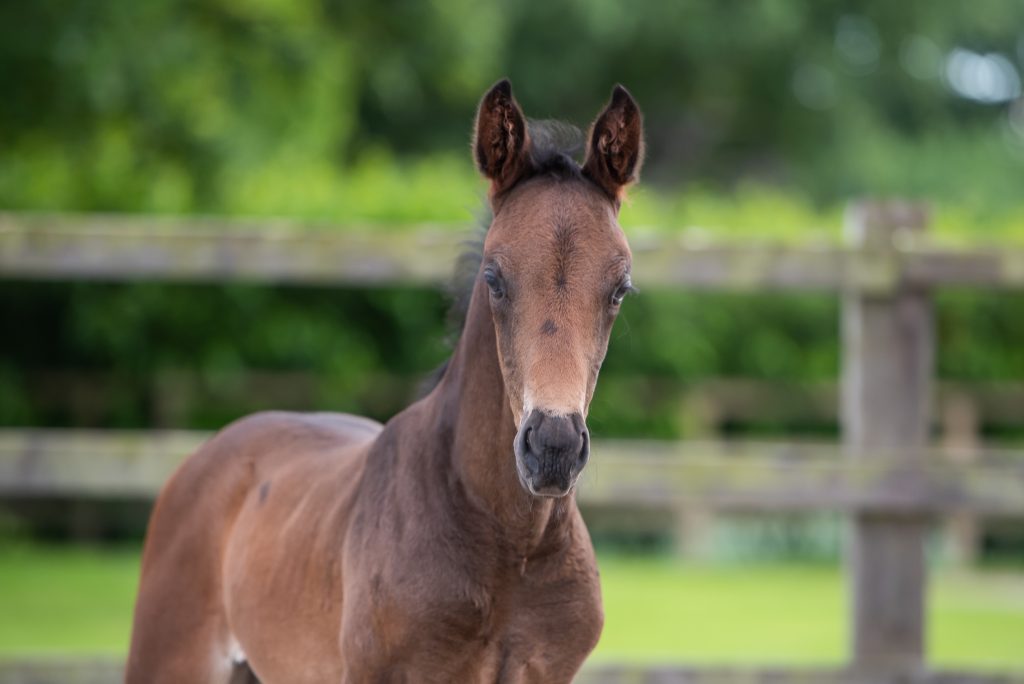 We are so thrilled with this charismatic little boy. Super uphill confirmation, a lovely swinging walk with great length of stride, expressive trot and huge scope and athleticism in the canter. His temperament is superb – calm, confident, bold and sensible all at the same time! We are very excited about his future as a really top class dressage prospect and he will be professionally evaluated later in the summer.

Sir Donnerhall is a champion in every respect and has built a brilliant reputation as a breeding stallion. Even as a young horse he fascinated onlookers wherever he went with his featherlight movements and exceptional presence. In 2006 he became 5 year old Bundeschampion and went on to be Vice World Young Horse Champion. From there he trained to Grand Prix and has been ranked as one of the best sires of dressage horses with outstanding marks for reliability for the sport. From the legendary sire, Sandro Hit, who himself has become a legend in his own lifetime, becoming both Bundeschampion and World Champion as a 6 year old in 1999. Ten of his offspring later went on to win the Bundeschampionate and he has sired numerous international Grand Prix progeny. On the dam’s side comes Donnerhall, one of our stand out favourite stallions here at Armada Stud, as he appears in the pedigree of almost every top level dressage horse competing today. Sir Donnerhall’s pedigree is littered with stars on every side and we are delighted with our first foal from this exceptional stallion.

Armada Hot Gossip was bred by ourselves out of my ex competiton mare, Latona (Laudabilis x Lauries Crusador x Werther) who had huge success in Young Horse classes, placing 4th in both the 4 year old and 5 year old Potential International classes at the National Championships, Stoneleigh and scored up to 8.7 in qualifier classes. She trained up to Advanced level and had an outstanding, easy temperament and was a joy to train.